Chapter 3- The neutral zone: why am I here? 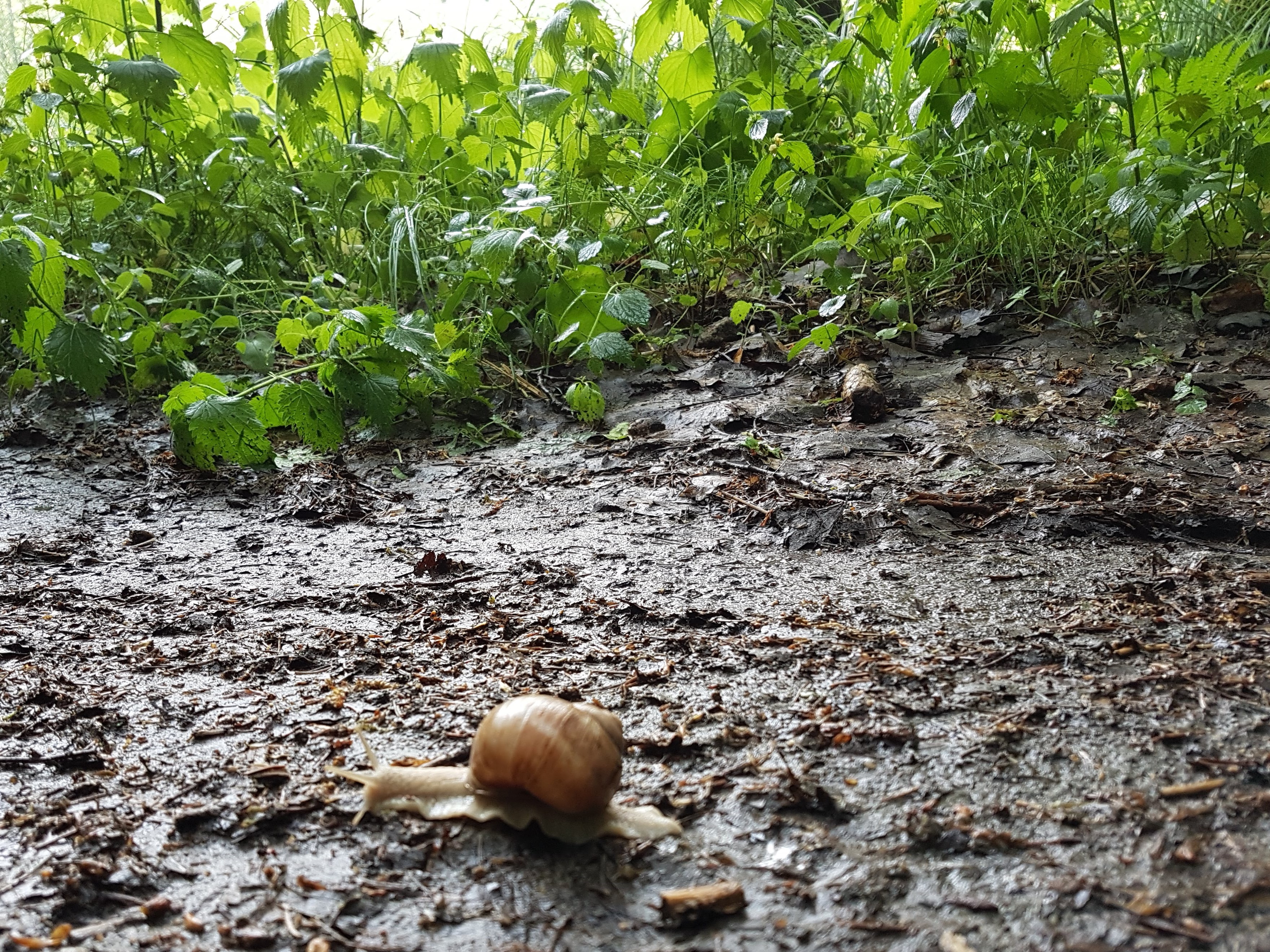 Following the example of one’s rite of passage, people left their known environment for a strange and different place. There, they would remain for a time, removed from anything previously known. Old connections, old identities and their old reality. This was usually a place without a name. It was and it is an empty space where a new sense of self can mature and be born.

Bear in mind, that this emptiness does not imply the absence of something. It reflects the absence of relatedness and purpose. In other words, the map we previously used to make sense of our worldly experiences, is no longer valid. It is a gap in our continuity of existence. It is a very uncomfortable place to be in. The easiest thing to do, would be to try and fill in the emptiness as quickly as possible. One might think this state of affairs or this uncomfortable mess for that matter, is not really important to the transition process.

Our internal thinking machine surely hopes that this time period is only temporary, something to be endured for just a little bit. In this view, transitions are understood as a process of crossing the street. Our minds think that it is careless to stay in the middle of the street, any longer than necessary. Thereby (if you hold this perspective) once you step in the street, you must quickly move on to the other side as fast as possible. However, this view does not encompass the pain of endings. We might even misunderstand our pain as a sign that crossing the street was a mistake to begin with.

Despite our mind’s best efforts to rationalise this feeling of emptiness as a problem that needs to be sorted out quickly, we live out the neutral zone unknowingly. At times of transition our behaviour provides us with alone time away from familiar distractions. For example, this might take the form of a long weekend in a lake house, or a few days alone in a hotel. Another indication of living out the neutral zone, is when our behaviour leads our loved ones to ask- “where can we reach you; what will you be doing there all alone; why are you going away?”. When people are asked about their decision of being alone for a few days, they might say “I just want to go away for a little while”. This is probably is as far as they know at the time. Family members, friends etc might have their own anxious fantasies of what one might really do while away- meet a secret lover, suicide plans, abandoning them to begin a new life under a new identity in Panama.

Once out there, in the place of aloneness our thinking pattern does not plan out as a usual. It might not produce definite results. One might sit watching the clouds and passers-by, sit in the park not doing much of anything. If you find yourself feeling a bit defensive as if you failed to deliver on your promise of results, please consider that the neutral zone is meant to be a pause from your conventional activity and existence. The activities of your ordinary life keep you “you”, by presenting signals that are difficult to respond to in any but the old way. Arguably, only in the apparently aimless and empty neutral zone can we complete the important inner work of self-transformation.

Self-transformation is in the walking, watching, making coffee, counting the birds on the wires, studying the cracks on the ceiling, dreaming, waiting for whatever will happen. In the old passage rituals, people were educated about what to do in these natural and mysterious gaps in our lifetime. They learned to study their dreams, interpret for meaning, create their own dream figures from scratch, and solicit their help. They were taught to perceive, appreciate and understand nature’s symbolisms, cultivating higher mental levels. All these to heighten their awareness. Us, modern people and all, don’t provide ourselves with such education. These knowing-styles might even seem bizarre and frightening. Regardless, members of our society might find themselves having similar experiences.

For example, when Leeann lost her job, she also found herself separated from her partner after bitter disagreements about her lack of initiative in finding another job. Leeann reported that she didn’t want to lose that job, but once it was gone, she realised that she didn’t want a job similar to the previous one. She didn’t know what she wanted, and her partner found her indecisiveness too frustrating to handle. This led to the end of their relationship. All these were reported with little feeling. If you were not to know that this happened to her, you would have assumed that Leeann was talking about someone else’s life. When she shifted to the present and her experiences, she came to life again. Her entire reality had changed. She had never dreamt much before, but now she had vivid dreams every night. She had many dreams of “seeing” as she termed it. Leeann commented that her “seeing” dreams provided meaning regarding what her life was all about and why she lost her job and relationship. Her new found “HD vision” and new understanding is shared amongst others and is typically described very differently amongst people. Their commonality lies in the fact that once the old breaks down (as it is no longer relevant), they understand the world differently. To deny ourselves the opportunity to explore the new state of affairs is equated with losing the chance to expand our sense of reality and sense of purpose. Others might feel overwhelmed, having trouble perceiving and seizing opportunities.

To prevent denial or being overwhelmed, traditional societies opened the person to the idea that certain experiences have transformative qualities- in short: they have the potential of promoting change. Traditional societies used chanting and rhythmical movements to suppress their “old” consciousness, promoted creative thinking by story telling i.e. mythic tales, procedures followed by the protagonists of the tales, fasting etc. All these highlighted that transformations are possible, are seen and noticed, and can be assimilated in our sense of self. In modern societies, the potential of a transformation is seen as a hit and miss. We can’t be sure what is happening to us, or when it will be all over. We can’t tell if we are going crazy or if we are gradually becoming enlightened. We also hide our experiences from others, because we cannot easily discuss this. We are lacking the vocabulary, the space and the time to do so.

For many people, the experience of the neutral zone is one of emptiness and confusion. Our old reality is staring us right in the face but is now transparent. Nothing feels stable. Tolstoy (A Confession, 1940) described his experience in the neutral zone as:

“I felt that something had broken within me on which my life had always rested that I had nothing left to hold on to, and that morally my life had stopped”.

From the outside looking in, one would not have been able to see any signs of inner change and struggle:

“And yet I could give no reasonable meaning to any actions of my life. And I was surprised that I had not understood this from the very beginning. My state of mind was as if some wicked and stupid jest was being played upon me by someone…. [I ask myself] what will be the outcome of all my life? Why should I live? Why should I do anything?”

If Tolstoy was to bring this great emptiness of the neutral zone to a conventional therapist (oblivious to exploring the neutral zone), their exchange might have been limited to checking “when the wicked and stupid jest” started, checking the validity of his beliefs, and might have been given feedback like: this sounds like a midlife crisis, depression, social anxiety and what not. Perhaps he was fortunate to having done without such feedback. On the other hand, he could have been fortunate if he received help from someone who appreciated his suffering and confusion. Maybe such a helper could have provided some way of making sense of it, some suggestions on how to follow through it. Then he might have been enabled to endure his situation a bit better.

So here it is, from me as a multi-tracked mind helper to you with the Tolstoy alias:

The emptiness [you are] experiencing is the natural sequel to an inner ending. [Endings and the left-over] emptiness are simply the first two phases of a process that would (unless it was somehow aborted) provide [you] with a new sense of who [you are] and where [you are] going.

Tribal societies provided individuals with tools to help them cope and learn when in neutral zone. Their purpose was to facilitate and then discover personal ways of achieving exactly that. We, modern people now need to construct our own methods of achieving the same. This is not easy, although it becomes easier when we understand why the emptiness is essential. There are 3 reasons for this:

These ways of thinking seem very hard and dark topics. It seems so because it is. All one might have wanted was some help with dealing with this “downer”, some help climbing out of the hole or cracks you fell through. That’s coming. First, we must understand what you’re doing there, seeing that it might be important to stay there for a while.